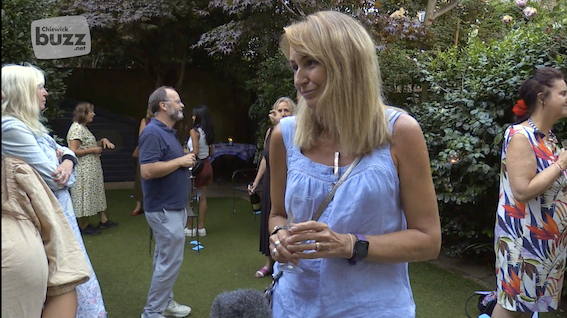 Chiswick is well known for its strong literary roots and resident authors, but it is also home to an exciting new generation of  talent.

Local author Diane Chandler and publisher Stephanie Zia have been running Creative Writing Workshops London together from Diane’s home in Chiswick since 2017.

Under Covid restrictions, the workshops were forced to move online, but that didn’t slow the promising work produced by their students. To honour them and their writing, Diane and Stephanie hosted a competition culminating in a summer awards show in Diane’s garden. An anthology will be published of all the entries, given the quality of work on offer.

Chiswickbuzz were there to witness the announcements and to speak to the winners.