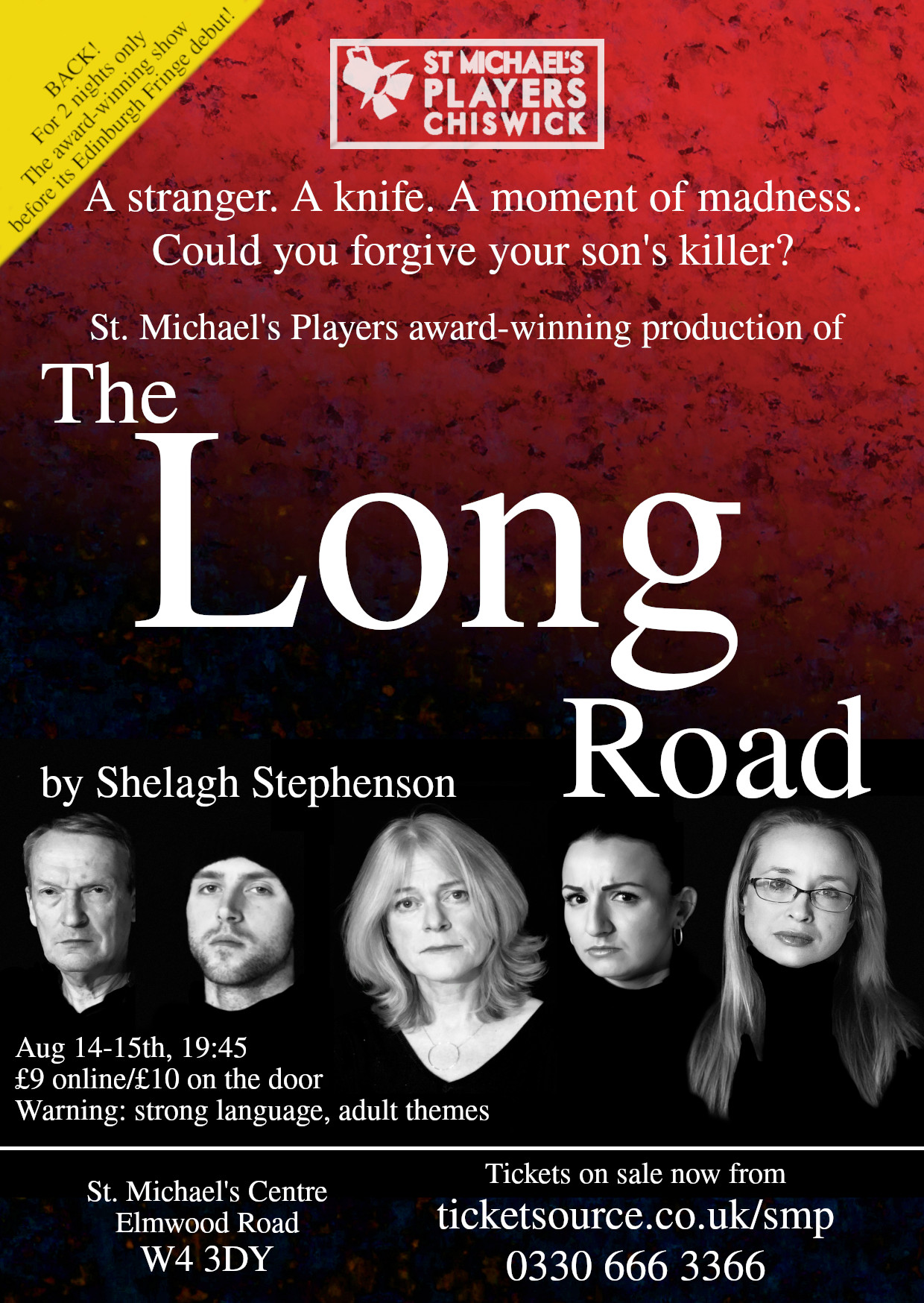 “A thought-provoking insight into the restorative justice system”

St Michael’s Players Award-Winning production is BACK! The Long Road returns for just two nights only ahead of its Edinburgh Festival Fringe debut.

This August the original 2018 cast return to take on Shelagh Stephenson’s beautifully crafted characters in her stunningly poignant play. With ‘new look’ staging and stand out performances, The Long Road will have you transfixed from the start!

If you missed St Michael’s Players production the first time around or would like to catch it again, now’s your chance, but remember there are only TWO opportunities to see it before the production transfers to the Edinburgh Fringe.

Could you forgive your son’s killer?
The Long Road deals with the devastating effects of knife crime, and how humanity and forgiveness can help restore hope and dignity.

When 18-year old Danny is killed in a random stabbing his family struggle to cope with the senseless loss. His mother, wanting answers, decides to contact her son’s killer, bringing them face to face, with remarkable consequences.

Topical, hard-hitting and sensitive, with moments of humour, it was written in collaboration with Synergy Theatre Project, using research conducted in prisons, and explores how Restorative Justice can help with rehabilitation.

Vi and Ray Donovan set up the Chris Donovan Trust when their son Chris was killed in 2001 in an unprovoked attack. Vi came to see the production and commented afterward: “I was amazed how true to life this play was, the acting was superb and so accurately reflected the emotions Ray and I experienced at the time.”

“After the incredible response to our award-winning production of this powerful play, we are reprising it for two performances only, prior to taking it to this year’s Edinburgh Fringe Festival. The play’s forceful and empathetic look at a family in crisis after a knife-crime death also looks at the redemptive possibilities of restorative justice — whether victims and even perpetrators of crime can somehow benefit from meeting each other, and their journeys down the long road towards peace. For these two shows, we’ll be inviting special guests to discuss the issues after each performance.” Director – Paul Smith

TICKETS ARE ON SALE NOW ticketsource.co.uk/smp