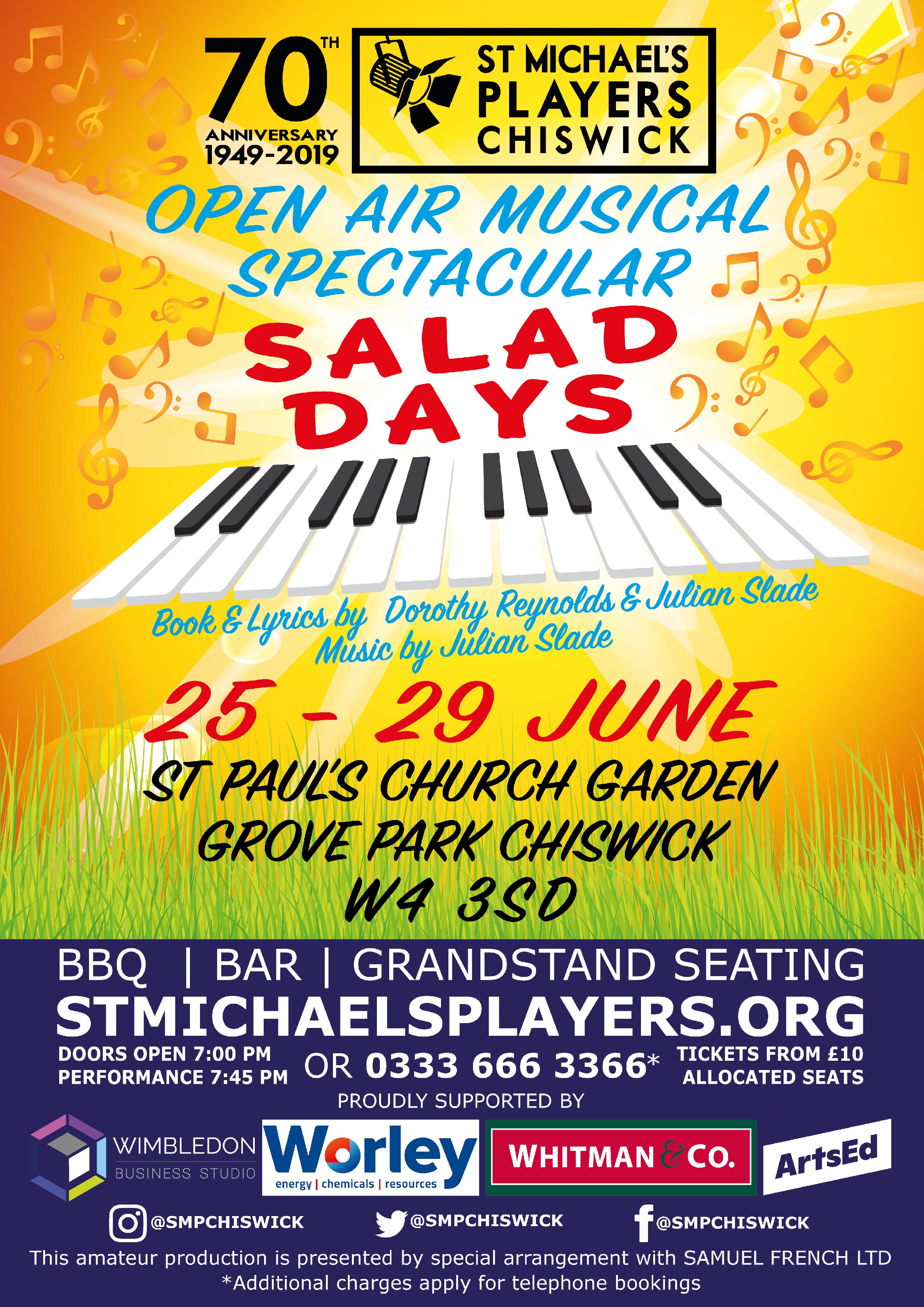 “A musical that will fill you with the joys of youth”

St Michael’s Players have been entertaining Chiswick audiences since 1949.

The gardens will be transformed with tiered audience seating, full surround sound and magical lighting!

If that wasn’t enough to entice you there will be a Bar, a BBQ and…if you book for opening night Tuesday 25th June you will be wowed before the show by the amazing retro a cappella trio The Decibelles www.decibellesuk.co.uk

Salad Days follows a young couple fresh from university, seeking to find their place in life and work. They encounter a colourful array of characters, including a mysterious tramp who loans them a magical piano which, when played, makes anyone in the vicinity spontaneously dance!

“Salad Days was a huge hit, became one of the longest running musicals of the 50’s and made a young Cameron Mackintosh want to pursue a musical theatre career “The fact that a magical piano could make people sing and dance – that awakened something inside me.”

It’s a magical show that runs at high speed, filled to the brim with fabulous characters, memorable songs and at times it is completely absurd, but that’s what makes it so wonderful. The key storyline was one people could relate to at the time and I think, will again today. It’s the perfect show in which to celebrate our 70th Anniversary. It’s nostalgic. A chance to reflect on days gone by, step back to a time when St Michael’s Players was formed. This is one of the first times; we believe, that Salad Days has ever been performed outdoors and so for a landmark show of its time it’s only fitting that we make our 70th Anniversary show a landmark production!”  Marc Pearce – Director

Celebrate with us this June and experience the magic of this toe tapping, summer spectacular! www.ticketsource.co.uk/smp