Shadow Home Secretary Yvette Cooper visited the Brentford School for Girls this week in support of Labour Parliamentary Candidate Ruth Cadbury.  Yvette, who arrived in Labour’s Pink Bus,  spent some time discussing a range of topics with the sixth form students from the school.

Yvette and Ruth spoke to us about policing and housing issues in the area, and Yvette gave an unequivocal vote of support in favour of Ruth. 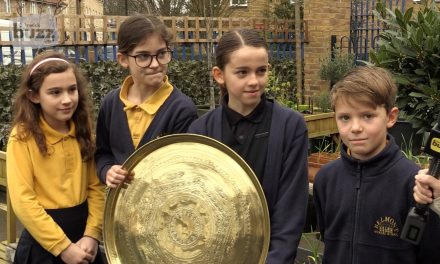