Addison Singers to Premiere “The Gravity of Kindness” 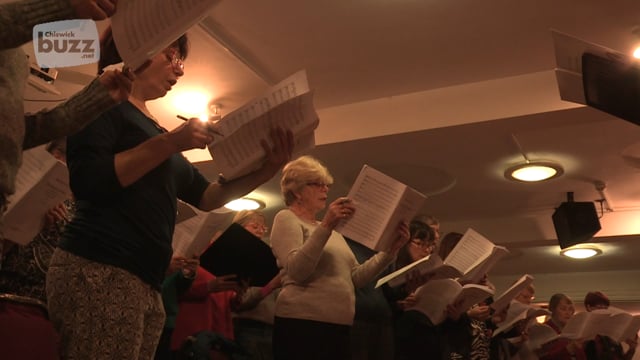 Addison Singers To Premiere “The Gravity Of Kindness”

Howard tells Chiswickbuzz that the poem “Kindness” by Palestinian/American writer Naomi Shihab Nye, was one that he’d been carrying with him for some time. The poem forms the basis for his new work, together with part of the well-known 16th century ‘Coventry Carol’ (Lully, lullay, thou little tiny child’) and a traditional Mexican lullaby, ‘Arroro mi Niño’.

Chris Bezant dropped in on a rehearsal to chat with Howard Goodall and the Addison Singers’ Musical Director, David Wordsworth.

You can find out more about the Addison singers, including how to join them,  here

See our report about the Addison singers here

Find out more about the Addison Jazz Choir here

Chiswick’s Dream On Day & The Dream On Foundation

Save & Accept
ArtsAddison Singers to Premiere “The Gravity of Kindness”