ArtsEd Fringe Fest Play ‘Year 10’ to Perform at The Tabard!

Local ArtsEd Production Group, Just Add Milk are putting on a performance of the hard hitting Simon Vinnicombe play ‘Year 10’ at the Tabard Theatre on 28th and 29th October after a hugely successful run at the Edinburgh Fringe Festival. We chat to Actors Niall and Kyle from Just Add Milk about their production group, their run at Edinburgh and the play itself which is about the tragic topic of bullying mixed up with a teenage love story.

UPDATE: Since the recording of this interview the Friday & Saturday performances have both sold out, however due to popular demand Thursday 27th October has been added.

A Cabaret Extravaganza At The George IV! 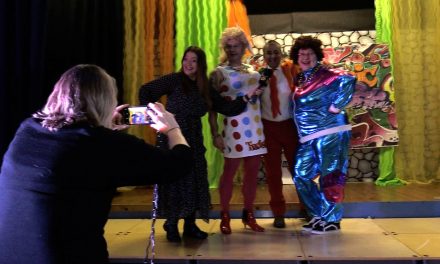 Save & Accept
ArtsTheatreArtsEd Fringe Fest Play ‘Year 10’ to Perform at The Tabard!