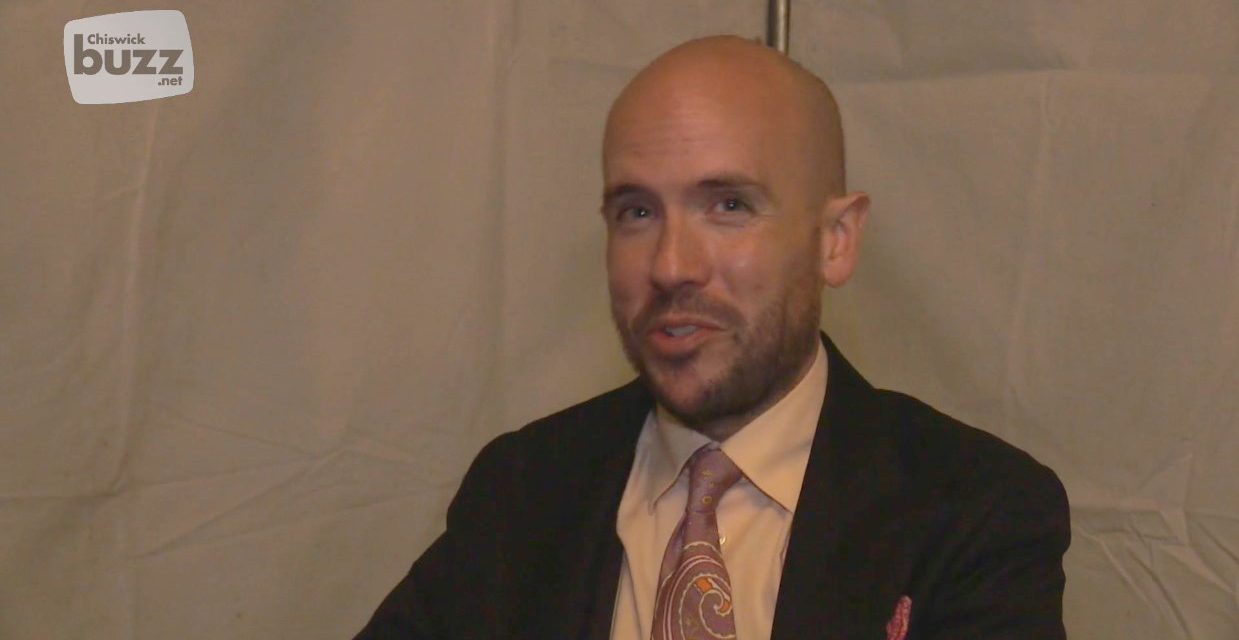 Comedian Tom Allen played to a socially distanced but otherwise packed house at the Chiswick Festival this week.

Tom started as a stand up at the age of 22 and went on to win both So You Think You’re Funny in Edinburgh and the BBC New Comedy Awards in the same year. Since then he has honed his unique style of sharp, acerbic wit and camp, riotous storytelling by performing to audiences all over the UK and around the world.

He has also been making several appearances on 8 Out of 10 Cats Does Countdown, Mock the Week, The Great British Bake Off’s Extra Slice, Celebrity The Crystal Maze as well as the John Bishop Show and Channel 4’s Comedy Gala at the O2 along with several appearances on Just a Minute including the 50th-anniversary episode alongside Prince Charles.

In his first live appearance since lockdown, Tom Allen took time out to chat with Amy Assad.

You can find the full Chiswick Festival programme here.

John Griffiths at The Tabard