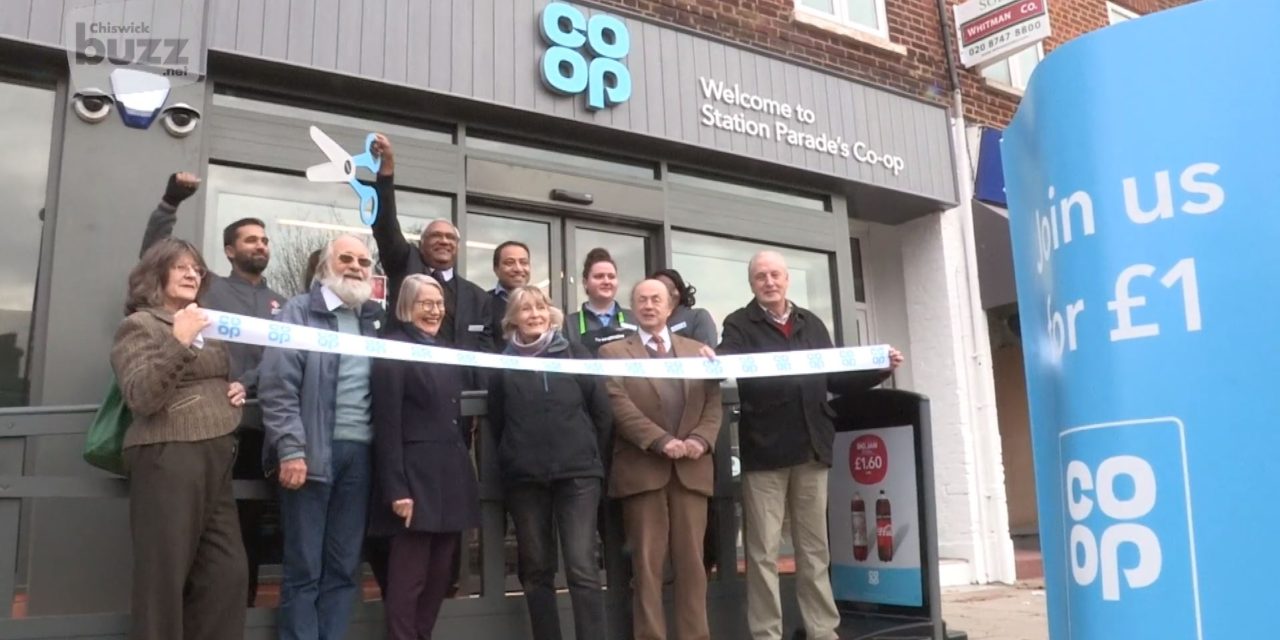 The Co-op have today opened their second Chiswick store within one year (11th January 2019). The new store is at Station Parade in Grove Park. Replacing the former Nico store and adjoining Indian restaurant, the new Co-op boasts an instore bakery, atm and Paypoint machines, and sells a wide range of goods including fresh fruit and veg, fresh meat and fish, hot food to go,  pet food and alcohol.

The Co-op membership scheme cost just £1 and offers members a 5% discount on Co-op purchases. A further 1% goes into the charity fund together will all money from the sale of plastic bags. Local charities are linked to specific stores and the Co-op has already given grants to the Friends of Gunnersbury (from the South Ealing store) and to Chiswick Horticultural Society (from the Chiswick Park store). Hogarth House is hoping to benefit from a grant in the future.

The new store is open will be open from 7am – 11pm daily.   Lorna Ko reports from the official opening ceremony. 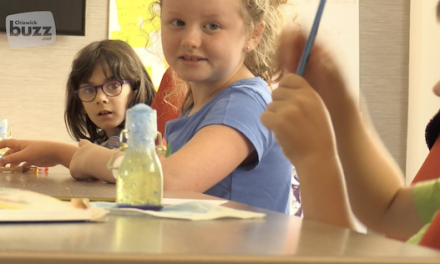 Back To The Future At St Peter’s Primary School!